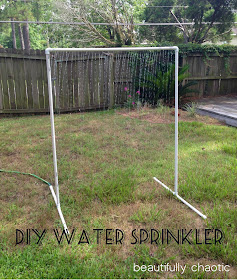 We just got finished making a pretty big move to the nice warm, humid state of Louisiana. Oh let me tell you this girl was not made for the humidity. I would be lying if I didn't say I thought I was dying my first day here. Now that we are rolling up on a week, I am starting to get used to the heat, granted I don't like it, but if I never got used to it I would be sitting in my house all summer long probably watching mind numbing reality tv.

My kids on the other hand, HA, heat shmeat, they want to be outside. After the first initial days of unpacking the u-haul and unpacking the necessities it was time to get outside. Thank goodness we found a house with a nice backyard and its fenced in. No more worrying about one of the boys pulling a Houdini and disappearing on me.

After scouring the internet on water toys etc. I remembered that my friend Kelly over at Here comes the sun, made this wonderful water sprinkler for her kids out of PVC piping. Creative yes, cheap yes and its quite durable.

I changed it up a little bit but the overall design is the same. 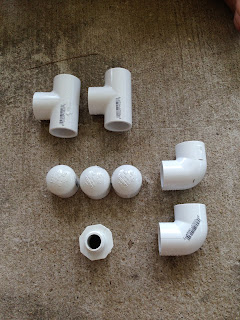 Here is what you are going to need:

2 10-foot pieces of 3/4 inch PVC pipe
2 slip on t-connectors
2 90-degree slip on elbow joints
3 end caps
a hose connector, found in the same place as the other PVC joint pieces
drill with a 1/16" drill bit
a saw or a PVC pipe cutter 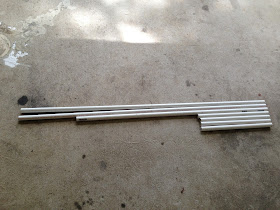 Now lets drill the holes into the 4' piece. Temporarily slip on the t-connectors to help stabilize the pipe as you are drilling. Using the 1/16" drill bit, put your holes every couple inches. The more holes you drill in the wetter you will get. 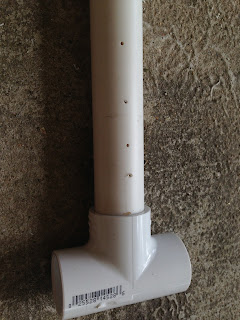 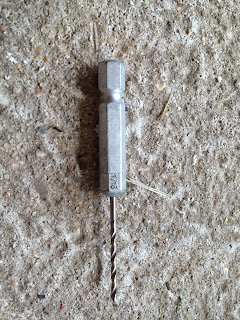 Now lets assemble! Remove the t-connectors and replace them with the elbow joints. Attach the two 5' pieces to your drilled piece of PVC to make a large U-shape. Put the t-connectors at the ends of the 5' pieces and attach the 18" sections to form a base. Now place the end caps on three of the open 18" pieces. On the final opening, attache your hose connector. 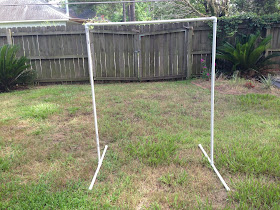 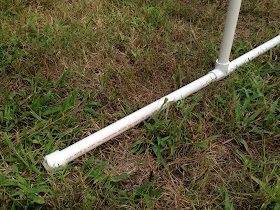 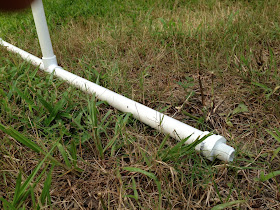 Hook up your hose and start having some fun! 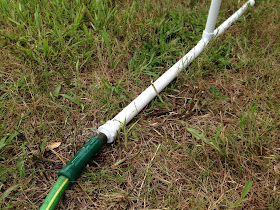